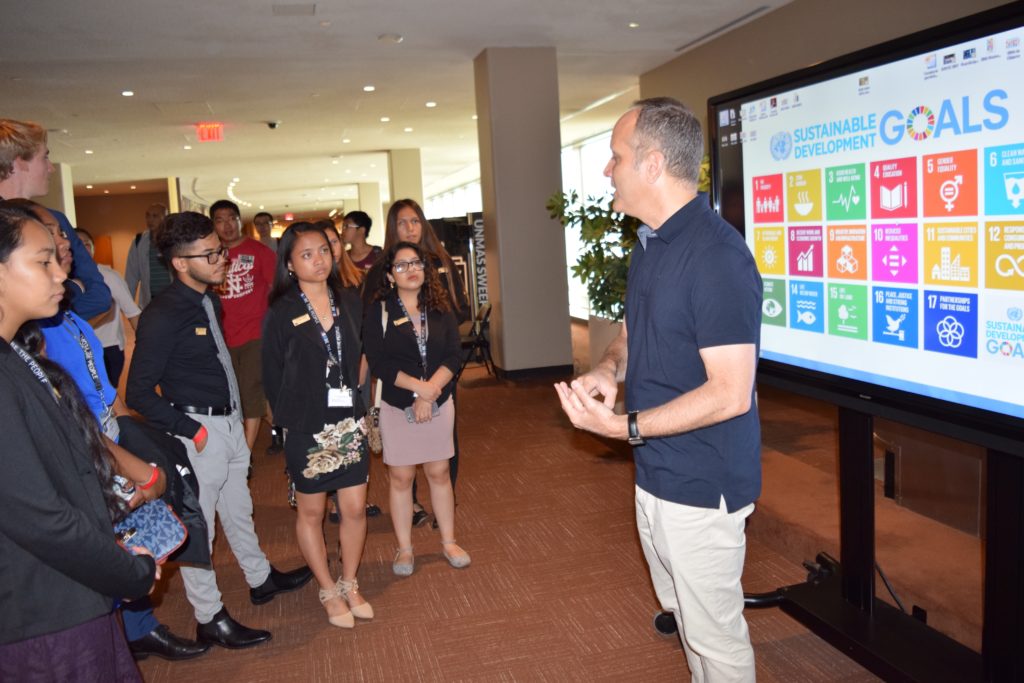 After lunch, the students went across the street to the U.S. Mission where they heard from several career diplomats, including Deputy Ambassador to the U.S. Mission, Jonathan Cohen who made an unexpected visit to greet the JSA students. Ambassador Cohen welcomed students and then invited questions from participants. Cohen discussed his decades-long career in the foreign service serving in a handful of diverse countries ranging from Thailand to Iraq to Italy. He also gave the students advice for starting their own careers in International Relations and Foreign Affairs.

Other speakers included Rodney Hunter and Kylie Homes. Hunter is currently serving as the Political Minister Counselor at the U.S. Mission to the United Nations. He answered questions from the students about issues ranging from his work with LGBTQ persons in oppressive regimes to the impact of the U.S. pullout from the UN Human Rights Council on U.S. diplomacy.

Meanwhile, Homes is currently serving as the Humanitarian Advisor at the U.S. Mission to the UN. She spoke to the students about her work lobbying for human rights at the United Nations. She has worked in Haiti, Iraq and several other countries during major disasters and unrest. 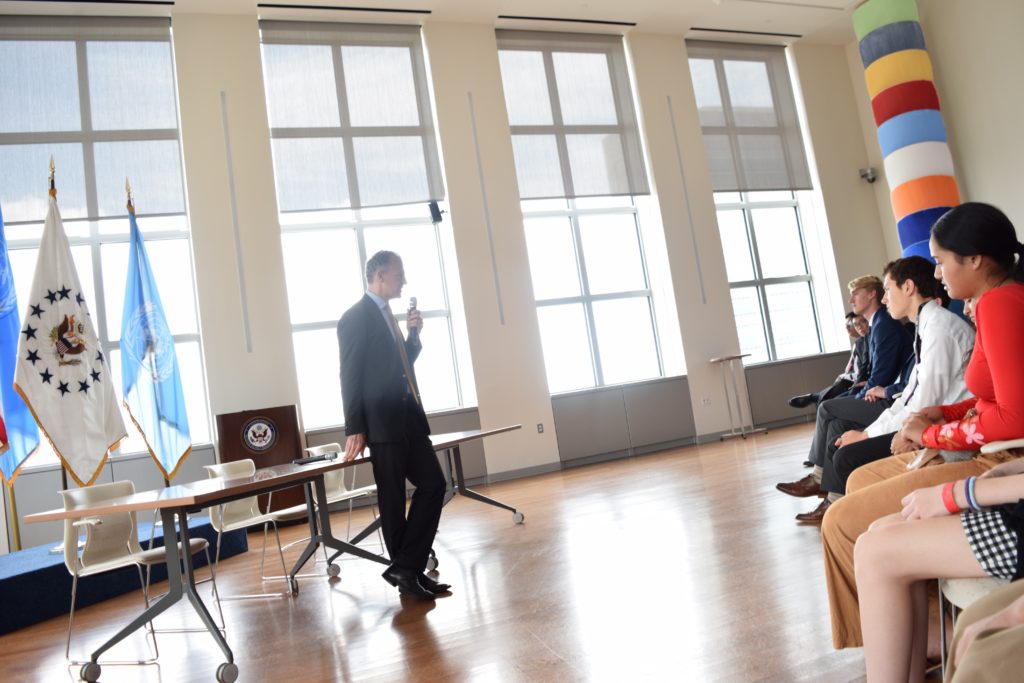 Debate Workshop: Students began their debates on Monday. Topics covered thus far include: “Resolved, that semiautomatic assault weapons be banned from private ownership,” “resolved, that free trade is good for the United States,” and “resolved, that the federal tax system adopt a 15% flat tax rate.”

In the classroom: The students took their midterm exams on Monday, and they will be busy preparing for their final exams and term papers this week.