As JSA Princeton Summer School students launched their first week, students were introduced to the basics of debate with a sample debate led by Resident Advisors. The debate topic, “Resolved: The U.S. should implement a single-payer healthcare system.” Special thanks to Kevin Williams, Aashni Sawney, Keri Chen, and Ryan Lyubimov who volunteered to give subsequent speeches during this debate! 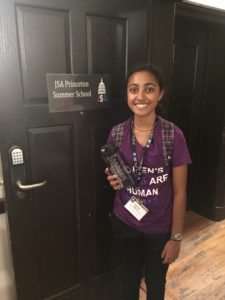 In addition, Princeton staff and RAs declared the winner for its annual Water Bottle Challenge. The friendly competition recognizes the student who traveled the furthest to get to JSA Summer School. This year’s winner: CeeCee Keppin for traveling 8,802 miles from Yap in the Federated States of Micronesia!!

At the end of the week, students, faculty, and staff traveled to Philadelphia, Pennsylvania to visit the National Constitution Center and the Liberty Bell. The National Constitution Center is the first and only institution in the United States established by Congress to disseminate information on a non-partisan basis. There, students explored two exhibits and participated in a workshop about the First Amendment. As part of the workshop, students were pressed to explore and voice their own opinions about what role social media should play in the future of the First Amendment.

Following the workshop, students visited the Museum of We The People, an interactive exhibit about important moments in U.S. history, and Signers Hall, which displays life-size statues of the forty-two Founding Fathers. 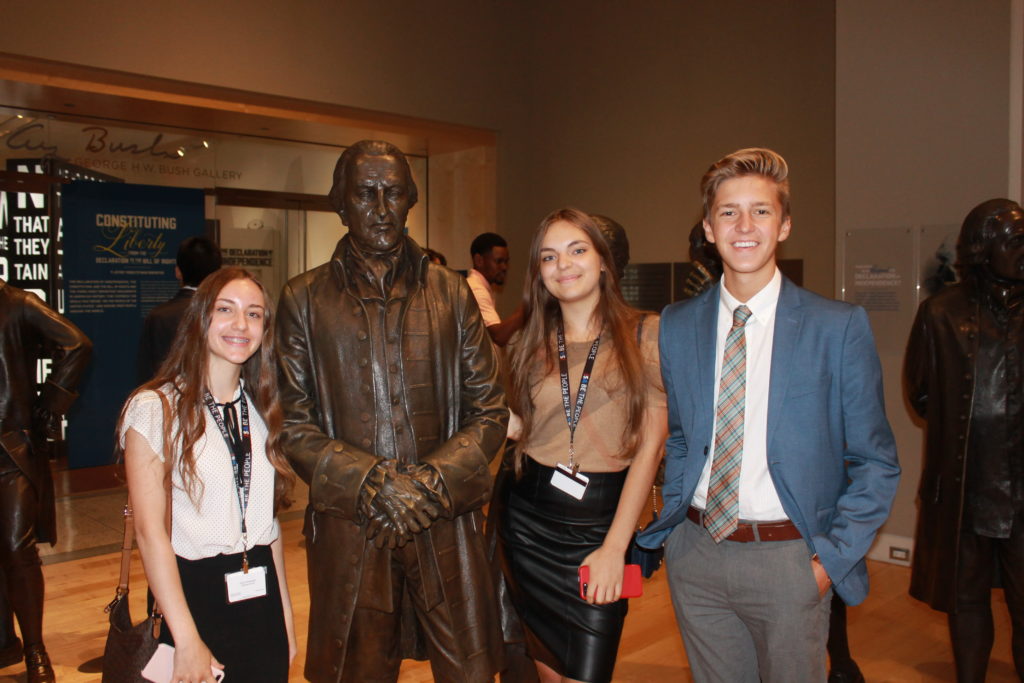 Attendees also worked their way through class. In Macroeconomics, students learned about the basic economic principles, the theory of supply and demand, and measurement of economic performance.

Our Freshman Scholars worked through their AP Government class studying citizenship, the constitution, federalism, the various political parties of the United States, elections, public opinion, and the media. They discussed questions such as the following: “What kinds of decisions should be made at the national level, and what kinds of decisions should be left up to the states?” and “What do political parties add or detract from our political system?”