The plans are ambitious. From expansion to spreading the word about JSA to more schools, the new crop of JSA student leaders are passionate and committed to JSA's mission of building responsible leaders who respect civil dialogue and different perspectives. Each year at Spring State convention, JSA members elect 10 students to serve as governors for their respective JSA state.

Meet the young people who have been elected to lead JSA in the upcoming year. The governors comprise the National Council of Governors that oversee JSA states, including its budget, growing JSA, and planning conventions in their individual states.

A rising senior, Josh has been involved with JSA on the chapter and state level. He has served as a fundraising director, helping to raise money for his chapter and the state’s scholarship fund. In that role, he succeeded in securing funding from the Yuma Airport and the Watermark Foundation to help JSA members attend Summer School. He attends Kofa High School in Yuma, AZ.

Angela has been involved in JSA since her freshman year. She attends Ricon High School in Tucson. A 2017 JSA Summer School graduate, Angela was appointed to serve on her state cabinet as director of summer school helping other students access the experience.

Neha attended her first JSA Convention two years ago. She admits that from a shy first-time attendee at Winter Congress she has grown into a confident moderator and serving as a chair at the 2017 Winter Congress. Neha attends Biotech High School in New Jersey.

Max Zhang is a junior from suburban Chicago and attends Naperville North High School. Max originally joined JSA in freshman year from hearing about it at a parent panel. He has served in his state cabinet and has been active in his school's chapter. From Chapter Internal Affairs agent to deputy director of fundraising and Chief of Staff for the Midwest, Max has been involved with JSA at multiple levels.

At the start of her freshman year, Ceci stumbled into her first JSA meeting without an interest in politics nor an ability to give a coherent speech. She had no expectation that JSA and the people in the organization would so significantly impact her life. However, she began her work on Cabinet as a Debate Agent last year and is undeniably thrilled to be a member of the same department this year as the Midwest Director of Debate. A junior at Vernon Hills High School, Ceci also serves as the Vernon Hills Vice President.

Oliver joined JSA in his Freshman year at the suggestion of his sister. After attending his first Fall State, he left 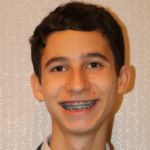 inspired, driven, and completely in love with JSA. He has served as a logistics agent at Winter Congress and constantly looks for opportunities to get more involved and help JSA thrive. He has worked as a Fair Elections Committee Agent, a Chapter Fundraising Director, Chapter Vice-President, and Director of Expansion. Prior to running for governor, he was elected as one of two Senators for the East Bay Region. 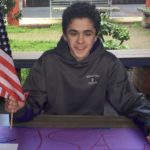 Griffin revived his JSA chapter after years of dormancy and has been co-chapter president for the past two years. Last year at Spring State he was elected GCR Mayor. Over the last two years, he has worked hard to expand and strengthen his chapter and region.

Gene was a founding member and officer of her JSA chapter at Worthington Kilbourne High School. After attending 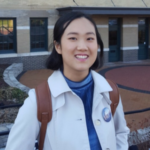 her first Fall State, she fell in love with the mission of JSA and became an activism specialist. She has served as her state's Activism director and co-director of activism for Winter Congress that combined ORV, Midwest and Southeast. 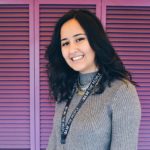 Shahad has been involved with JSA since her freshman year. She has served as director of debate and ORV bill director. to my utter excitement and joy of being accepted into the family that is cabinet as a midyear applicant, to my duties escalating as Director of the Debate and super cabinet ORV Bill Director. The JSA atmosphere, she says, allows you to engage with the world around you, encourages you to pay attention is what is happening, that implements YOU have a voice, YOU have the power to make change.

Involved with JSA for the past two years, Matthew attended the Montezuma Leadership Summit where his passion for JSA grew significantly. Matthew has served as a JSA Gell Ambassador and also as a chapter expansion agent helping to start new chapters in the Southeast. He was also appointed Chief of Staff for the Southeast state cabinet. 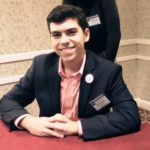 Katelin joined JSA as a freshman, and as a sophomore took up the responsibility of reviving her nearly-extinct chapter. That same year, she was appointed to cabinet and selected to serve as a Deputy Director of Debate. This past year, she served as Channel Islands Region Mayor where she oversees regional events and creation of new JSA chapters in her region.

Anna is a junior at West Ranch High School where she has served as Chapter president and chapter coordinator. This year, she was elected senator for the Angeles Region. She is a graduate of the JSA Summer Institute on California Leadership held at UC Davis.

Mylinh has been involved with JSA since her freshman year. She served as the Deputy Director of Logistics, facilitating conventions and this year served as the Lieutenant Governor’s Chief of Staff working with different departments and cabinet members to ensure all of their needs are met as well as help prepare for and facilitate conventions. Mylinh is a rising senior at Carnegie Vanguard High School in Houston, TX.